The Jordan Kilganon dunk at the NBA All-star game in 2016 will go down in infamy. During a fourth-quarter timeout, an unassuming man in jeans came out onto the court. He emerged from the crowd like he was living every NBA fan’s dream of being plucked out of obscurity and vaulted into hard court fame. The crowd barely noticed at first.

Another very tall man took his position near the hoop. He covered himself like he was setting a pick. Then Jordan, the man in American blue jeans, came ripping toward the hoop with a ball in hand. He soared over the man under the hoop. The crowd gasped. Jordan executed a no-look, spinning, behind-the-back dunk in the not-so-comfy confines of his American blue jeans.

Jordan Kilganon — the man who dunked in jeans.

Perennial all-star Dwayne Wade went up to the man who dunked in jeans afterward. He remarked, “In jeans, bro? Respect.”

How high can Jordan Kilganon jump?

The 24-year-old Sudbury, Canada, native boasts an extreme 50-inch vertical. That’s a full half-foot higher than most NBA leapers. And his running box jump looks even more impressive with an impressive 73 inches:

Learn more about the highest vertical ﻿﻿jumps﻿﻿﻿﻿ ﻿﻿ever recorded.

Of course, Jordan Kilganon is not in the NBA but he does make his living dunking basketballs. That makes him in a pro in the eyes of some of the highest leaping NBA players from around the world

The 50-inch vertical makes it a breeze for the 6-foot-1 Kilganon to dunk. But he earns that ease with an incredibly brutal workout that includes two weekly four-hour dunk sessions.​

Jordan Kilganon’s first dunk came at the age of 16. He was on vacation at Niagara Falls when he was able to pull off a two-handed dunk. It was a weak jam, according to Jordan, but he was hooked. This led to three- or four-hour dunk sessions through his formative years. After one of those grueling sessions, his legs would collapse. That inspired him to get into the weight room to start training those explosive muscles.

While Jordan admits that he achieved dunking fame without weights, he’s recently got into the weight room to lift his entire body. He says it really helps his overall dunking abilities. He sticks to the classics like ass-to-grass squats, deadlifts and bench press. He is also selling his own vertical jump program called BounceKit.

But he earns his dunking chops out on the court. In an interview, he said that aspiring dunkers should start dunking every day. It doesn’t matter the height — 8, 9 or 10 feet — it just matters the volume. Start at 30 minutes per day and eventually work your way up to four or five hours per day. If your legs aren’t sore the next day, it just means you need to dunk longer the next time out.

Jordan recommends practicing form during these sessions. Dunks are as much about execution as they are about athleticism. And when you blend strength training in the gym with the explosive training of the dunk sessions, you get powerful muscles are able to leap tall buildings. Ok, maybe not a building, but perhaps a friend who will stand in front of the hoop for you at the NBA All-star game.

You can learn more about the best vertical jump training programs here.

All the Chips on Dunking

Jordan Kilganon does nothing but dunk. That’s it. His passion is for that one little niche in the game. In fact, he was urged to tryout for his college team in Toronto by friends and coaches. He said, “Nope, I’m focusing all my energy on what I love — the dunk.”

And he made the right choice. As a member of Dunk Elite, Jordan Kilganon travels the world dunking and collecting pay checks. His pay fluctuates with his ability to win dunking contests, but his full-time Dunk Elite team hooks him up.

The NBA is one of the most difficult leagues in the world to break into. Just think about it. There are roughly 30 teams at the highest level acorss North America for each major sport. But baseball carries a 25-man roster and the NFL has over 50 active players. The NBA only carries 12 to 15 players per team and basketball is a worldwide game. Anyone looking to break into the NBA must be one of the top 450, or so, ballplayers in the entire world.

Would he have made the NBA? At Jordan Kilganon height, it’s unlikely; even with that notorious Jordan Kilganon vertical. That makes his choice to focus on slamming the basketball a good one. He’s figured out how to turn his passion into a paycheck despite the long odds against him.

The Road to the Olympics?

In 2016, Jordan Kilganon traveled to over 20 countries. He prefers to stay home and invent dunks, he says, but the travel comes with the job. He’s been to so many dunk contests that he surmises that dunking has become a sport unto itself. He guesses that dunking will be an Olympic event one day.

Wouldn’t that be something? An average-height guy from Canada that turned dunking into his job could some day win a gold medal. That’d be just another thing to add to this prolific dunker’s list of accomplishments. Jordan is certainly an inspiration and serves as an example of why you should never give up on your dreams. 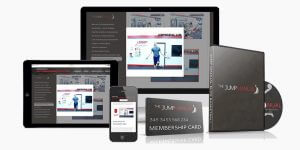 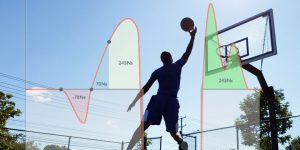 The Physics of the Vertical Jump 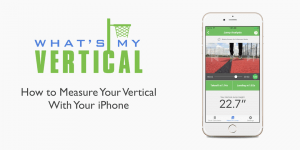 1 thought on “Jordan Kilganon – The Man who Dunked in Jeans”