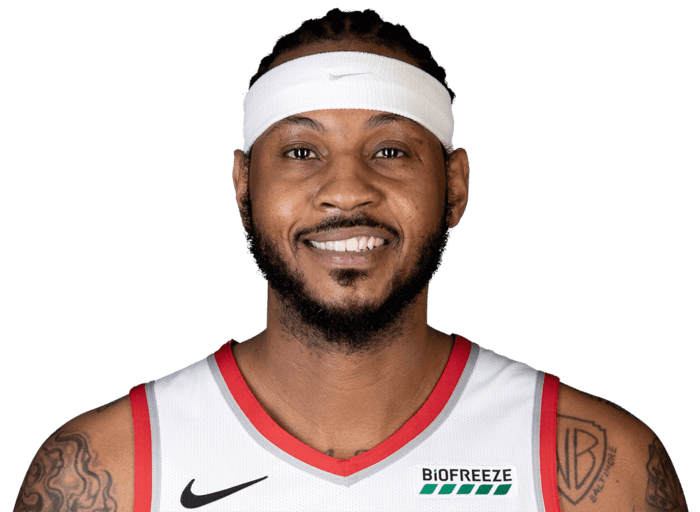 Carmelo Anthony was drafted as the 3rd overall pick in the 2003 NBA Draft out of Oak Hill Academy by the Denver Nuggets. He was a member of the 2004 All-Rookie team, the 2013 scoring champion, and has been in multiple All-Star and All-NBA rosters. He stayed with the Nuggets until 2011 and then left for New York where he stayed for 6 years. He then spent a year each in Oklahoma City and Houston and, since 2020, Melo has been playing for the Portland Trailblazers.

Carmelo Anthony is listed at 6’7” and is one of the best pure scorers the NBA has seen with his patented triple-threat moves. 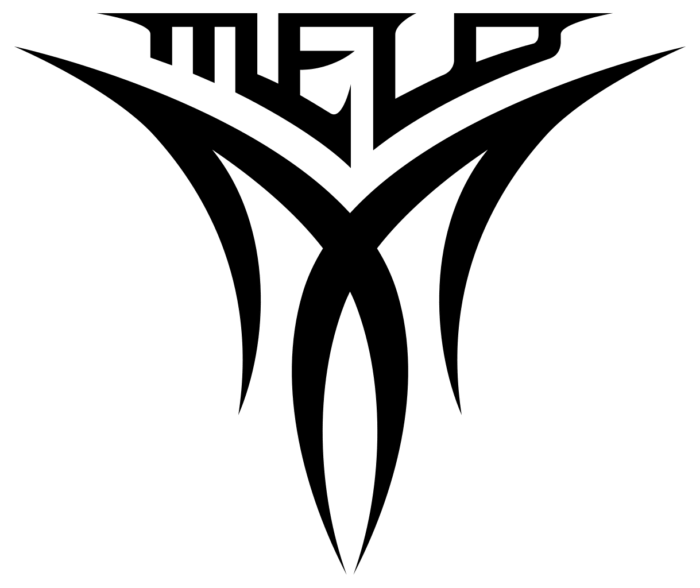 Carmelo Anthony’s logo is composed of a graphic “Melo” on the top with a scribbled “M” following the curvature of the bottom of his nickname. It is one of the most straightforward logos in signature shoes and has been the only one that Carmelo has been known to use since he started his career.

Carmelo Anthony initially signed a deal with Jordan Brand as a rookie in 2003. Nike was actually the first to convince the youngster and then Michael Jordan himself stepped in to take him. It was worth $3.5 million annually and ran for six years. Though we are not sure how much exactly it is worth right now, we do know that the duration of that contract has been extended as Melo is still sponsored by the brand.

In the same year of signing, Carmelo Anthony became the first Jordan brand endorser with his own signature line with the release of the Jordan Melo 1.5.

Although Carmelo Anthony was historic in the history of the Jumpman, his sneakers never really had the popularity that you would associate with first timers. Even so, his sneakers have not been slouches when it comes to performance. The Melos would usually incorporate tech from the mainline Jordan releasing from that year into its own release.

His first two signature shoes were heavily inspired by previous Jordans. The Jordan Melo 1.5 was inspired by the Air Jordan 1 and 2 while the 5.5 took design from the Air Jordan 5 and 6. These two and the rest of his signature shoes, with the exception of the M8, M12, and M13, featured synthetic materials, leather or otherwise, as its main build. The other three mentioned featured fuse with patent leather overlays, mesh with a synthetic heel, and Kurim overlayed mesh, respectively. Carmelo also loved his toe boxes as all of his sneakers have some form of protection up front.

Carmelo’s signatures featured Phylon and some variations of Nike Air early on. However, beginning with the Jordan Melo M9, the line has utilized forefoot Zoom, unlocked, articulated, and regular implementations, while keeping the foam as the carrier. This offered an extra pep in the step of the wearer and made sense since Carmelo is a heavy forefoot player with his jab steps, step backs, and pull-up jumpers.

The pricing for the Melos is somewhat of a triangle, starting off at around $130, peaked at $165, and went back down to $135 with the latest release. The line has been mostly high-tops and did not release a more budget-friendly version. 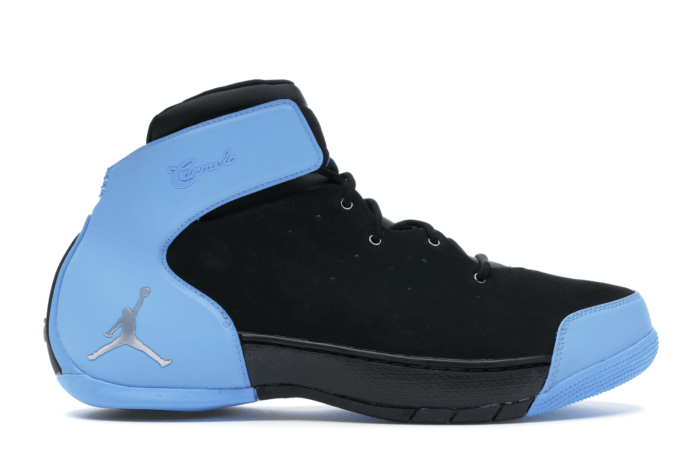 The most expensive of Carmelo Anthony’s signature shoes on StockX is the Jordan Melo 1.5 “Black University Blue”. It features a black suede upper with synthetic, sky blue overlays in the toe box and heel. The silver Jumpman at the back stands out as well as the cursive Carmelo by the collar. The current average sale price is $242.
Sneaker Geek App