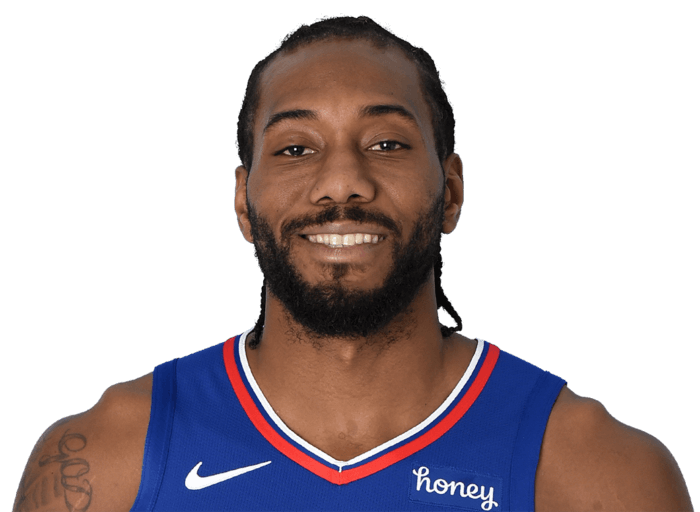 Kawhi Leonard was drafted as the 15th overall pick in the 2011 NBA Draft out of San Diego State by the Indiana Pacers, but was traded on draft night to the San Antonio Spurs. In his time there, he earned an All-Rookie selection, multiple All-Star, All-Defensive, and All-NBA appearances, two Defensive Player of the Year awards, and an NBA championship with the Finals MVP award.

In his one season with the Toronto Raptors in 2018-2019, he led them to an NBA championship and got himself his second Finals MVP. He began his tenure with the Los Angeles Clippers a year later where he has earned an All-Star game MVP so far.

Kawhi Leonard is 6’7” tall and has been one of the best two-way players since he entered the league. 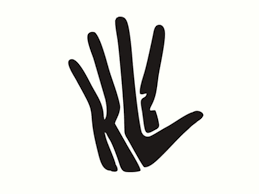 Kawhi Leonard’s logo is in the shape of a hand, giving a shout out to his nickname the “Klaw” due to his enormous hands. The left side of the hand forms a “K” and the right side an “L” combining together for his initials.

Kawhi claims that he invented the logo while he starred for San Diego State from 2009 to 2011 but he lost a copyright lawsuit against Nike over the rights to the design in 2020.

What Shoe Size Does Leonard Wear?

Kawhi Leonard first signed with Jordan Brand almost right after he was drafted. It only paid him $500,000 a year, which is in the lower range for endorsers. The two parties were close to making a four-year deal worth at least $20 million but it didn’t go through as Kawhi’s side didn’t feel like the brand valued his standing as one of the best players in the league.

New Balance picked the Klaw up with a deal that’s worth significantly more than $5 million a year in 2018 and he has been with the brand since. He first wore the OMN1S and even released a Two-Way pack honoring his two-way style of play in October 2019. His first signature sneaker, the Kawhi, globally released in the fall of 2020.

Kawhi Leonard has not had a long sneaker line just yet but the ones he has released aren’t slouches. Upon signing with New Balance, he debuted the OMN1S during the All-Star game. It was the first time that New Balance had released a basketball shoe in a long time and they didn’t disappoint. A lot of people enjoyed playing in them.

The cushion used in the OMN1S and the Kawhi is the same, Fuel Cell, but is implemented differently. With the former, it is thinner and allows for more court feel while still giving decent impact protection. The midsole also extended to the upper in the heel and forefoot which added containment and stability. The Kawhi has a thicker slab of foam and offers more impact protection but less court feel. The midsole didn’t come up the upper but it was wide enough for stabilization.

The OMN1S is a high top, mainly knit upper with a bungee strap on the midfoot and a leather piece in the heel for containment while the Kawhi features a dominantly mesh, one-piece bootie upper with fuse, synthetic, and thicker knit overlays for support and durability.

The OMN1S retailed for $140 while the Kawhi went for a bit more at $160. So far, New Balance has not made a more affordable option of Kawhi’s shoes. 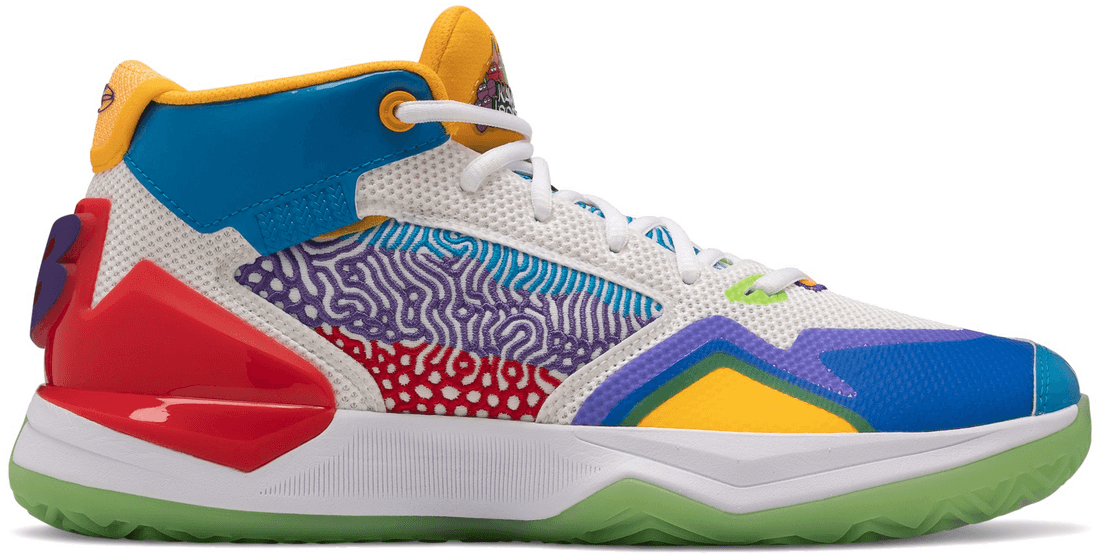 Kawhi Leonard’s favorite childhood candy was Jolly Rancher and he had the opportunity to collaborate with them. It features a very colorful upper that shows the variety of the candy. The real highlight of the shoe is the tongue with the logo of Jolly Rancher but with Kawhi’s full name on it and the fruit characters straight-faced as opposed to smiling, calling out to the Klaw’s calm and collected demeanor.
Sneaker Geek App