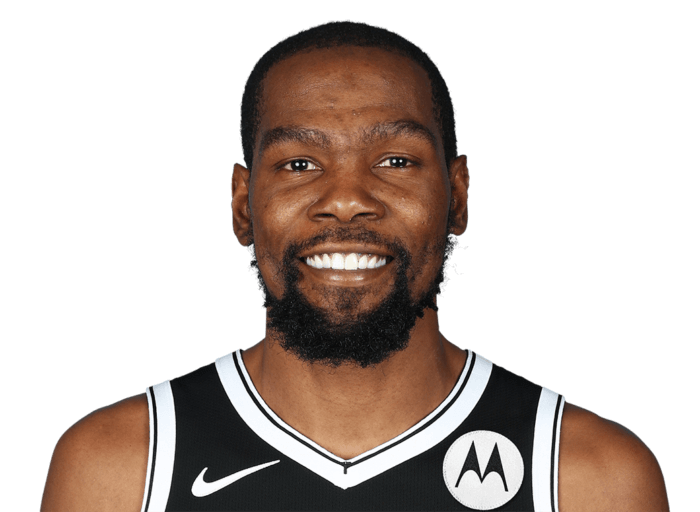 Kevin Durant was drafted as the 2nd overall pick in the 2007 NBA Draft out of the University of Texas by the then Seattle Supersonics, now Oklahoma City Thunder.

In his time there, he won a Rookie of the Year award, a Regular Season MVP, multiple scoring titles, All-Star appearances, All-Star Game MVPs, and All-NBA First Team selections.

He moved to the Golden State Warriors in 2016 where he became a two-time NBA Champion with a Finals MVP both times. He continued his career with the Brooklyn Nets in 2020.

Kevin Durant is listed at 6’10” playing small and power forward and can score whichever way he chooses. 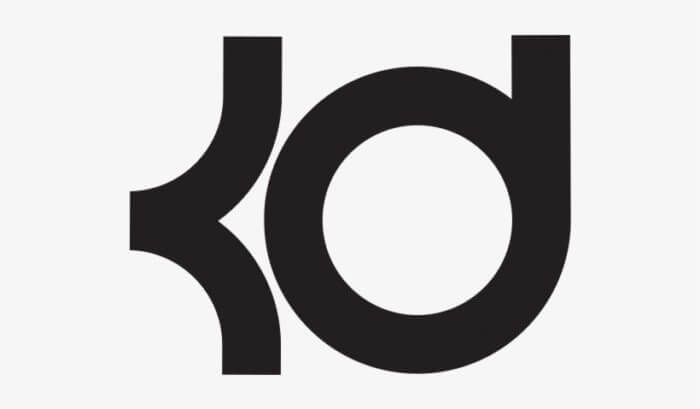 Kevin Durant’s logo is an incomplete “K” and a bubbled “D”, both in lower cases. Nike has not confirmed any official meaning to the design but some say it looks like a ball entering the basket.

Kevin Durant wears a size 18 and has one of the biggest feet in the NBA.

Kevin Durant first signed with Nike in 2007 as a rookie and got his first signature shoe a year later in 2008. Nike has produced a new model every year since.

There wasn’t really any drama around his sneaker story up until 2014. His 7-year, $60 million contract was about to be done and he could decide to leave Nike or stay with the sports brand giant. Under Armour was close to getting a shot at the superstar, reportedly offering him up to $285 million. As we all know, KD chose to stay with Nike and signed a 10-year, $300 million deal.

Kevin Durant’s signature shoes started off with the Nike Zoom KD I which featured a leather upper and a full-length Cushlon midsole with a forefoot Zoom unit. Starting with the second iteration, however, Cushlon was replaced with Phylon but still with the extra cushion in the forefoot.

KD started out with high-top sneakers up until the Nike Zoom KD III. The Nike Zoom KD IV was the first massively popular KD signature sneaker, even outside the United States. It brought Hyperfuse and an Adaptive Fit System and saw the return of the strap which has now become not unusual with his signature line.

KD’s cushioning has always involved Zoom, even if the brand dropped it in naming the shoes since the fifth iteration. Because of this, his signatures have always been responsive but also had enough impact protection. Ever since the KD 8, the line has seen full-length Zoom. The cushion was always premium but not overwhelming to the average person.

The materials moved with the times as KD’s signature line transitioned from leather early on to a combination of fuse and other synthetics and with mostly lightweight mesh and knits in the most recent versions. In part because of this, prices have never been over-the-top with his most expensive one at $160.

Many regard the KD VI as the most iconic of the KD line and this, in part, because he won his one and only Regular Season MVP while wearing them. However, nobody could argue that the KD IV had the most dope colorways, like the “Easter” and “Year of the Dragon” ones. The “Aunt Pearl” colorway has been a staple in nearly every iteration of the signature.

The KD Trey V is Durant’s budget sneaker and has featured mostly a foam cushion, Phylon or Renew, and a smaller Zoom unit either in the forefoot or heel. 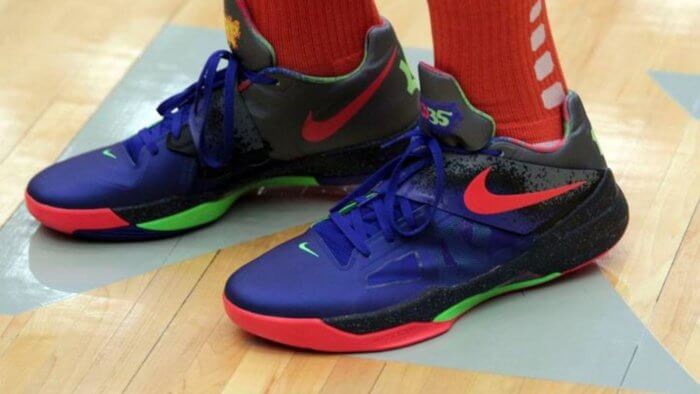 In the KD line, nothing gets more special than the KD IV collaboration with Nerf. This shoe is currently selling for an average of $1,249 on StockX. It features splattered “Nerf” and “KD35” graphics on each tongue and splatter paint design all over. 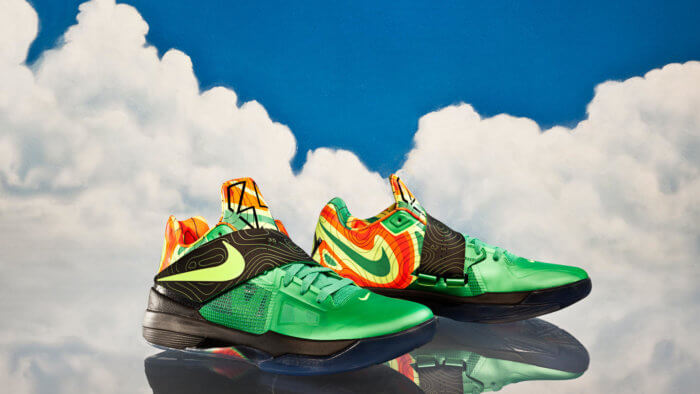 Next on the most expensive list of KD’s is this iteration of the Nike KD IV which pays tribute to Kevin Durant’s second career choice of being a weatherman. One of the most interesting features of this shoe is the outsole which features the “hot spots” of the weather but made into the pattern of KD’s foot.
Sneaker Geek App