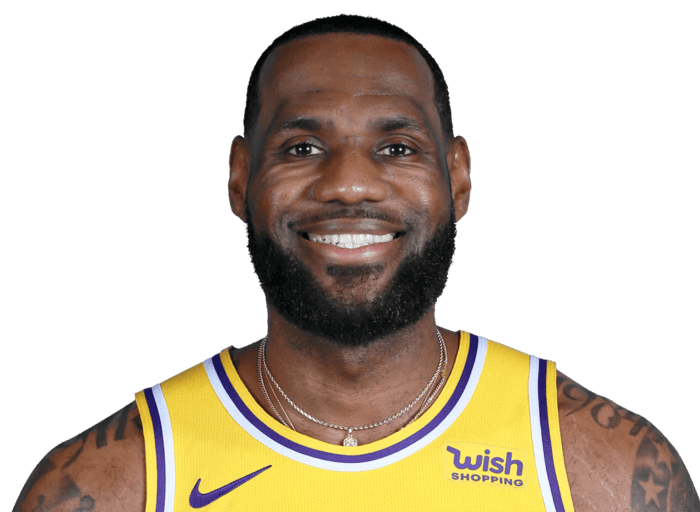 LeBron James was drafted as the 1st overall pick in the 2003 NBA Draft out of Saint Vincent-Saint Mary by the Cleveland Cavaliers. He won Rookie of the Year, a scoring title, and an assist championship, along with multiple All-NBA selections, All-Star appearances, All-Star Game MVPs, All-Defensive selections, Regular Season MVPs, NBA championships, and NBA Finals MVPs. He played his first seven seasons in Cleveland, then moved to South Beach for four. He then went back to his rookie team and spent another four seasons there. Since 2018, he has been suiting up for the Los Angeles Lakers.

LeBron James is listed at 6’9” and was the best player of the 2010s with his unusual combination of power forward size and point guard skills.

LeBron James was dubbed as “the King” and that was what Darrin Crescenzi used as an inspiration for his main logo. It’s a crown with the left side being an “L” and right side a “J,” his initials. Another logo that he has been known to use is the “Dunkman,” which gives a shout out to Jordan’s Jumpman. It is basically the silhouette of James’ signature dunk – cock it back as far as possible then slam it home. Between the two, however, the former one is the most recognizable.

LeBron James was getting unprecedented endorsement deals as a rookie. Adidas offered $60 million. Reebok came up with a $115 million deal, but he instead opted for Nike’s seven-year, $90 million offer. It still holds the record for the biggest signed rookie endorsement contract in the history of sports. This proved to be worth it for the brand and they saw it fit to extend his contract in 2015. According to one of the King’s business partners, the deal is now worth over a billion dollars and will run for LeBron’s lifetime.

His first signature, the Nike Air Zoom Generation, debuted in his first NBA game on November 5, 2003.

LeBron James is one of the most unique players ever. His sneakers reflect that by consistently giving consumers the most cushioned shoes in the market over the years. Zoom Air, simply Air, and Air Max have been the weapons of choice for the line and it is usually through this that Nike outdoes itself with putting the most cushion in a sneaker. This gave people maximum impact protection for strong impacts and long games, but not as much court feel.

The King has always been a fan of higher collared shoes. All of his releases have been of the type and this offers a bit more containment than low tops. Materials, however, have changed throughout the years. The first six versions all featured a mainly leather build with most of them having straps. The next four then featured a lot of fuse with overlays here and there. From the LeBron 11 to 14, mesh was used with a lot of synthetic and/or plastic overlays. The LeBron 15 saw the debut of Battleknit and has since been the staple for the line.

Unlike other athletes with take down models, LeBron James actually wears his on court. He has three, in order of popularity: Soldier, Witness, and Ambassador. He donned the 10th version of the first one in the 2016 NBA Finals. The second is more for the average consumer with much less cushion than the main line. The third was made for outdoor play and is most popular in Asia, since it usually only releases there.

The most recognizable of LeBron’s colorways is the “Graffiti.” It was first released with the LeBron 8 and has been a norm since then. The line has also been one of the most expensive with recent releases going for $200 at retail. 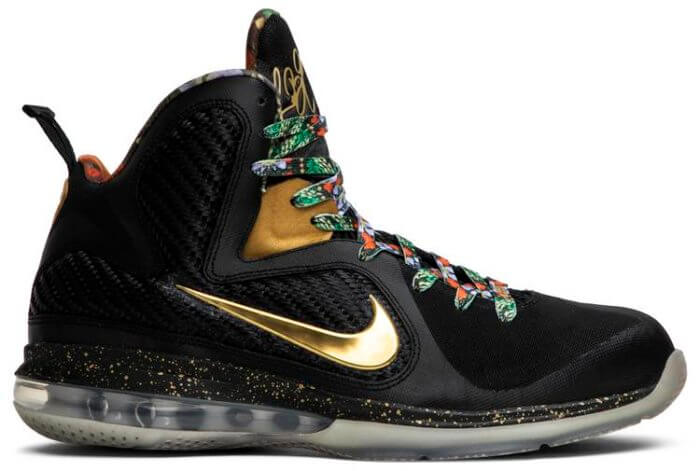 With an average sale price of $3,000, the Nike LeBron 9 “Watch the Throne” is the most expensive of the King’s line on StockX. It features a black upper with a gold swoosh and lace lock. The outsole glows in the dark and the interior is printed with tons of graphics. It pays homage to Jay Z and Kanye West’s album which was released in 2011.
Sneaker Geek App