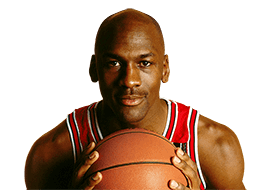 Michael Jordan was drafted as the 3rd overall pick in the 1984 NBA Draft out of the University of North Carolina by the Chicago Bulls. He was the Rookie of the Year, a 14-time All-Star, 10-time Scoring Champion, three-time Steals Champion, nine-time All-Defensive Team member, 1987 Defensive Player of the Year, back-to-back Slam Dunk champion, 11-time All-NBA member, three-time All-Star Game MVP, five-time Regular Season MVP, and a six-time NBA Champion. He never lost in the finals and accomplished two three peats being the Finals MVP every time. He played for the Washington Wizards from 2001-2003 and was inducted into the Basketball Hall of Fame in 2009.

Michael Jordan stands at 6’6” and is arguably the greatest basketball player of all time. He was a very athletic shooting guard with a great mid-range jumper, incredible footwork, and lockdown defense. 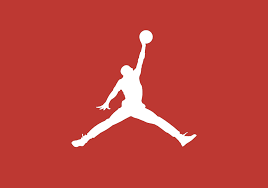 Michael Jordan’s Jumpman logo was designed by Tinker Hatfield. It depicts Michael’s ability to stay in the air longer than anyone else and pays homage to his famous free-throw line dunk.

Michael Jordan initially signed a five-year, $2.5 million deal with Nike before he even played professionally. He wasn’t all in at first as he has always been an Adidas-loving player but his parents convinced him to listen to Nike and then eventually take the lucrative deal. The Swoosh was only expecting to make $3 million the first year but ended up making $126 million. Even though black and red colorways were banned at the time, Michael continued to wear such with Nike paying a $5,000 fine every time out. In 1997, the Air Jordan line became its own brand, named after His Airness.

The Air Jordan line is iconic. Jordan has released a signature shoe every year since the first, making his line the longest-running signature product of any athlete ever. Air Jordans have been known to consistently bring the best basketball performance products.

The Air Jordan line has always been on the high top market, though they have released several low top versions. One thing that has also been present on every single release was Nike Air, whether that was Zoom or otherwise. Even after Michael’s retirement, the shoes were still being catered to his quickness, jumping ability, and relentlessness. The cushion is very bouncy, either using a full-length cushion, first introduced in the Air Jordan 11, or segmented ones, which has been the choice over the past few years.

Jordan Brand has released more than a few more budget-friendly models. The Jumpman Pro had five versions by itself: “regular,” Six, Quick, Strong, and Select. The Team 1 followed, which was then preceded by the Jordan Superfly 2. The Jordan Fly Lockdown came after and the return of the Jumpman name was dawned in the Hustle. 14 years after his last game, Michael released the Jordan Super.Fly 2017.

The black and red colorway, more popularly known as the “bred,” is the most famous of all in Air Jordans. The 1, 4, and 11 are the ones that people most associate with it. Besides these, we have the Air Jordan 3 “Black Cement,” the Air Jordan 6 “Carmine,” and the Air Jordan 7 “Olympic,” just to name a few others. The Air Jordan 1 to 13 are the most well-known, with each one having multiple iconic colorways. 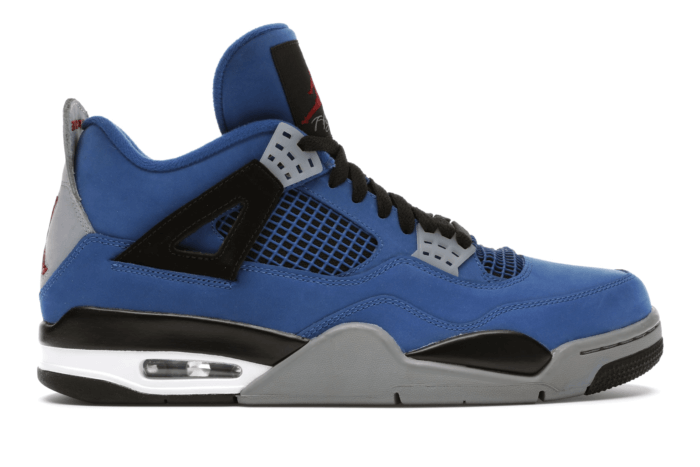 With an average sale price of $37,500, the Air Jordan 4 “Eminem Encore” is one of the most expensive sneakers on StockX. It features a mainly blue upper with dark grey touches and the midsole, heel wings, and laces are dominantly black. All Jumpmans are red, while the word “Flight” on the tongue is white. It was designed to celebrate the 50th anniversary of Eminem’s “Encore” album and only 50 pairs were made.
Sneaker Geek App