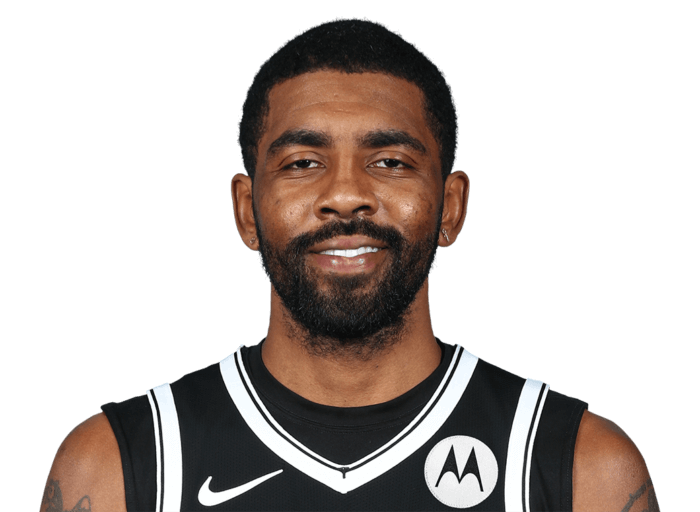 Kyrie Irving was drafted as the 1st overall pick in the 2011 NBA Draft out of Duke University by the Cleveland Cavaliers. He received the Rookie of the Year award and has since appeared in multiple All-Star games and All-NBA teams. He also, so far, has an All-Star MVP and an NBA championship. After six seasons with the Cavs, he moved to Boston for two, and has been playing for the Brooklyn Nets since the 2020 season.

Kyrie Irving is listed at 6’2” and has one of the nastiest and craftiest handles the NBA has ever seen. 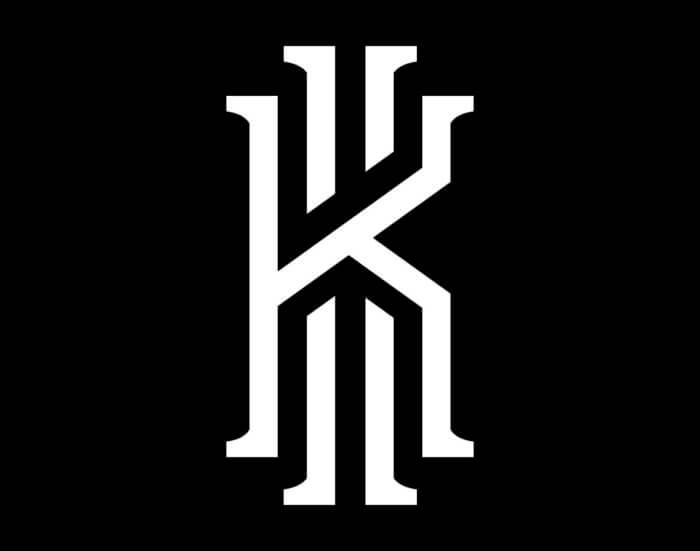 Kyrie Irving’s logo was developed with Nike and features a graphic “K” in front of an “I” formed with two pillars, utilizing his initials. This is the only one that Uncle Drew has been known to use.

Reportedly, Kyrie Irving gets $11 million per year from Nike. The Kyrie line has been one of the more popular signatures recently, being the most worn on-court sneaker in the NBA in the 2019-2020 season outside of the Nike Kobe’s. Before getting his own sneaker, however, Kyrie first wore the Hyperdunks.

The Nike Kyrie 1 officially released to the public on December 23, 2014.

Kyrie’s shoes have been known to deliver one thing the most consistently: court feel. The line usually featured the most minimal cushion set up in the market. The first version featured a full-length Phylon midsole with a Zoom Air unit in the forefoot, while the following one put the unit in the heel and that set up was kept until the Kyrie 3. The Kyrie 4 still featured the Zoom Air unit in the heel but the whole midsole was replaced with Cushlon. The fifth up to the seventh iterations all had Nike’s new Zoom Turbo unit, which literally covers the whole forefoot, with the foam carrier being the only difference.

The Kyrie 1 is the odd one in the bunch, having the only different overall shape in the line. The rest are very similar in their structure. However, all their builds and the materials didn’t differ too much. Mesh was always present in a dominant fashion with tweeks here and there for each model. The first had fuse overlays, while the 2, 4, and 6 had the back half of the sneaker be a synthetic. The 3, 5, and 7, on the other hand, had Kurim overlays, a synthetic leather midfoot cage, and little plastic cages on the forefoot, respectively. The Kyrie 5 until 7 stand out with the all-seeing eye being incorporated into the design of each.

Kyrie Irving’s sneakers have been of the mid top variety and offer ample ankle support for both the NBA star and the average baller. They’re also famous for having the outsole come up the sides of the shoe for killer crossovers and beastly traction to go along with that. The line doesn’t break the bank with its price starting at $110 with the first and now being at $130 in the seventh iteration.

Uncle Drew has come out with two other series besides the flagship: the Kyrie Low and Kybrid. The former is not to be taken as the low top version of each signature but is actually another line on its own. It could be considered the more budget-friendly version being about $10 cheaper than the main release. The Kybrid combines aspects of previous Kyrie models into one sneaker. The pattern seems to be that a model of this comes out every three flagships and it retails even more expensive than them. 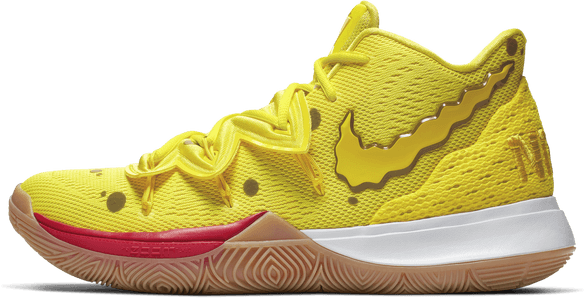 Nike and Nickelodeon teamed up to make the Nike Kyrie Spongebob Collection. In the fifth silhouette was the namesake’s colorway, as well as Patrick’s and Squidward’s, while Sandy and Mr. Krabs took a crack at the Kyrie Low 2. Each pair features the color of each character they represented, with their faces on the insole, and also incorporates specific details, like the underwater squirrel’s flower and Spongebob’s sponge holes.
Sneaker Geek App