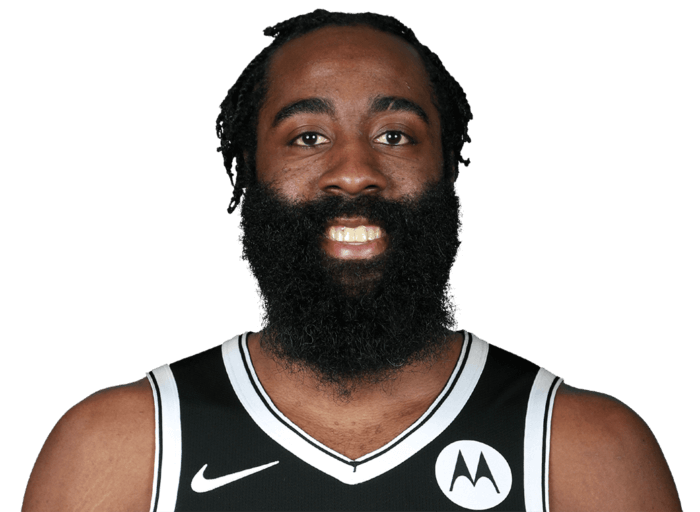 James Harden was drafted as the 3rd overall pick in the 2009 NBA Draft out of Arizona State by the Oklahoma City Thunder. While with them, he was awarded an All-Rookie selection, a Sixth Man of the Year Award, and earned a trip to the NBA Finals.

He moved to the Houston Rockets beginning the 2012-2013 season and had his best years there, becoming a Regular Season MVP, having multiple All-Star appearances, All-NBA selections, scoring titles, and an assist title. In 2021, the Brooklyn Nets acquired James Harden.

James Harden stands at 6’5” and is one of the most prolific and isolation scorers in the history of the league with his patented step-back three. 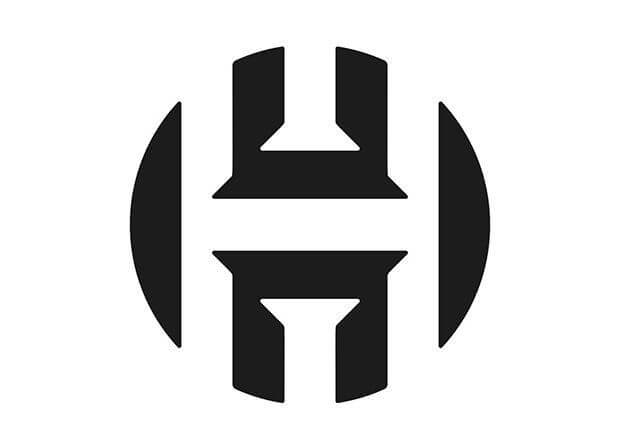 James Harden’s logo was designed by Matt Saling of Adidas and is an “H” formed by placing carved out pillars in the top and bottom with a space in the middle and side borders. There’s no official word from Adidas about its meaning but some people have said that the top of the black part is for his beard and the bottom for his hair.

According to Sporcle.com, James Harden wears a size 14.

Harden actually wore Nikes from his high school up until two seasons into his run with the Houston Rockets. People were already getting excited about a possible “Nike Harden” since he got his own PE versions of the shoe and even had his own logo to match.

But, in the summer of 2015, Adidas offered a 13-year, $200 million deal to James and Nike wasn’t willing to match that. He signed with the three-striped brand and has been wearing their sneakers since then. The Harden Vol. 1 first hit stores in 2016.

All of James Harden’s sneakers have been low tops. This seems to be ideal for The Beard since he does make a lot of shifty moves and step-backs. Freedom of movement and mobility have been top on the priority list.

Boost was the weapon of choice from the Vol. 1 up until the Vol. 3. The first version had a thinner slice of the cushion and it was heavily caged with about only ¾ of the medial side exposed. The Vol. 2 saw the thickest slab of Boost in the Harden line and maybe even in Adidas basketball. This time, only the forefoot was caged and it offered crazy impact protection. With the third iteration, Boost was thinned out again and nothing was caged except for part of the forefoot.

The Vol. 4 stepped away from Boost and went with full-length Bounce, which is no slouch. The fifth release in the Harden series saw the first combination of two Adidas cushioning: Boost and Lightstrike. The former was made to be a drop-in midsole with a torsional web bar for stability while the latter was the carrier.

Materials have been consistent for The Beard’s signature line. Ever since its dawn, we have seen a combination of knits and synthetic leathers or fuse for high wear areas. This ensured that the shoe didn’t feel bulky and conformed to one’s foot but also was durable enough to at least last a season

As for price, the Hardens have always been within the $130-160 range, which is a good deal considering the amount of technology that comes with a pair.

James Harden’s signature shoes haven’t really seen that “wow” factor with the colorways. Although they have released some really fire ones, like the Vol. 4 “Pride” and the Vol. 1 “Black Ops,” nothing has really been iconic and jaw-dropping.

The Adidas Harden Stepback, calling out to his signature move, is James’s budget model and usually offers full-length, firmer Bounce with cheap-feeling synthetics.

On StockX, the most expensive Harden signature shoe is the Adidas Harden Vol. 1 “MVP” with an average sale price of $279. It was actually made just in case James won the MVP award in 2016-2017, which he didn’t. Nobody expected it to release but it popped up in stores and people got their hands on the limited pair. It is literally all-white with suede on the toe and gold-plated three stripes on the heel.
Sneaker Geek App